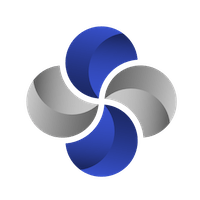 If you are familiar with Linux, you certainly came across the various software installers like apt or yum.

They allow you to effortlessly install, update and remove applications, games, libraries and other software, with very short and concise commands like:

That's all you need to install curl - the popular "command line tool and library for transferring data with URLs" on Linux.

On Windows, things are different: to install a new tool, you normally have to open your browser, find the app's homepage on the internet, download it and run the installer, which in turn looks and feels different for every piece of software.

The command line interface is much less popular than on Linux, most software is installed via graphical UIs.

Updating is even worse: each application has its own way to update itself - if any. So, you have to first find such a feature, which often means to first start up the software itself.

But there is an easier way:

scoop is a command line installer for Windows, which works quite similar to apt on Linux.

Once installed, installing software becomes straightforward. Similar to the example above, this is how you would install curl on Windows using scoop:

To once install scoop itself, open the PowerShell and run:

To install scoop (and the tools you get using it) to a custom directory or change other options, please refer to the documentation.

to install new software packages, like curl, 7zip, restic and many others.

allows you to remove software you don't need anymore.

While I personally like scoop the most, there are various tools which work quite similar and better suit your taste:

Another great tool to install your favorite set of software is ninite. It allows you to choose multiple applications from a collection of popular software found on the internet and create a single installer, which installs all of them at once silently, without any further clicks.